It has been a pretty hectic week, but I’ve managed to get out for a bite to eat a couple of times, so here are this weeks reviews.

Breakfast Thieves is located in a quiet little street just off Smith Street in Fitzroy and there is plenty of street parking around. Now I read a few reviews before I went and many of them said that the service wasn’t great, however my experience was quite the opposite, the staff were incredibly friendly and accommodating (which isn’t always easy when you walk in to a small place with a stroller), so first impressions were all great.

In terms of food our experience was a bit mixed, we had the PBJ French toast and the Malaysian pork burger with fried enoki mushrooms. The French toast was ahhhhhmazing! Seriously the mix of flavours in the toast, peanut butter soil, raspberry jelly, lemon curd and candied bacon was  just perfect. This is definitely a menu highlight.

The burger on the other hand wasn’t so great, I’m huge on really flavoursome food, but the marinade of the pork was way too rich, it was bordering on sickly. To make matters worse, the burger was incredibly difficult to eat as the pork was topped with a big slab of battered enoki mushrooms which didn’t have much taste. It’s rare that I leave food, but I actually left half of the burger and ordered a white chocolate and nutella lamington to make up for it.
So in the end I really don’t know how I feel about the Breakfast Thieves, would I rush back? Not sure, but if I was in the area I would seriously think about giving that french toast another crack. 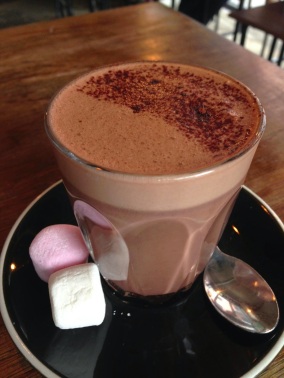 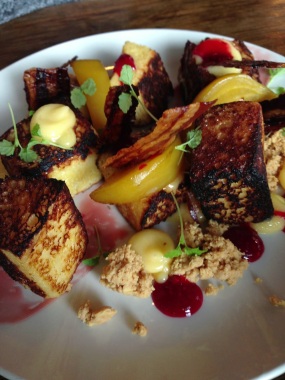 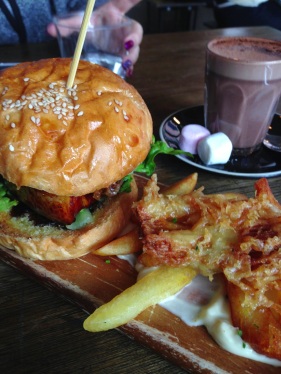 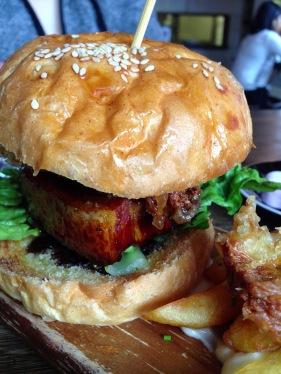 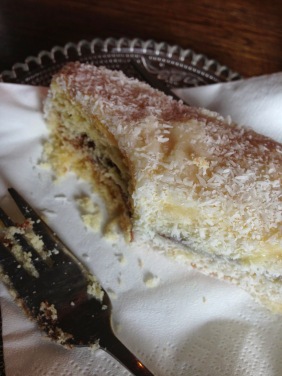 As soon as you walk into this busy Brunswick café you can’t help but notice the impressive cake cabinet, filled with lots of different flavoured cheesecakes – Tim Tam, Mars Bar ect, and lots of classics like vanilla slice and caramel slice. I was tempted to just get cake for lunch, but I do that way to often, so I went for a freekeh salad which was seriously delicious, although it reminded me a bit of the Hellenic Republic grain salad (also at Jimmy Grants these days). After I finished, I was going to just leave, but another glimpse of the dessert cabinet on the way out and before I knew it I was hoeing into a Tim Tam cheesecake. It was so good I pretty much inhaled it (lucky I went to the gym that morning). If you’re in the area stop in for a feed. 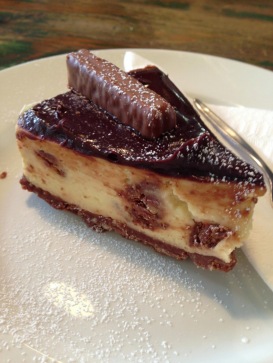 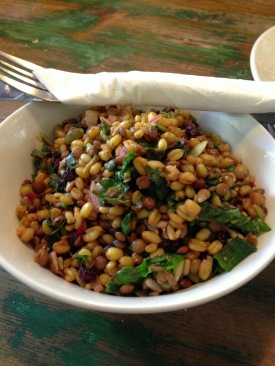 Everyone, like EVERYONE, has been telling me about this place, so we left bubs with Mum and had date night at Nieuw Amsterdam. All I’m going to say is WOW!!

We started off with the chicken waffles and pork trotter and ham hock nuggets, both of which were incredibly delicious. Special mention to the waffles, they were like a flavour explosion in my mouth!
For our main we had the brisket and lamb ribs with a side of chips and again we were impressed. I’d say the Brisket was the best of the two, it was so tender and literally just melted in my mouth. Oh and special mention to the chips, my husband went as far as saying they were the best chips he’d ever had.

For dessert we picked the chocolate delice and the pumpkin pie. The pie was ok, but it had nothing on the delice – chocolate mousse with a liquid  chocolate centre and sprinkled with honeycomb – enough said! Get into this one people, they didn’t put a foot wrong. 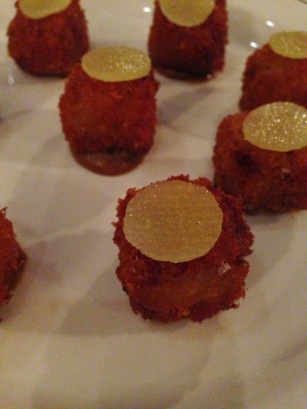 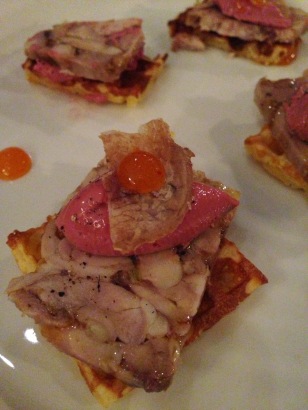 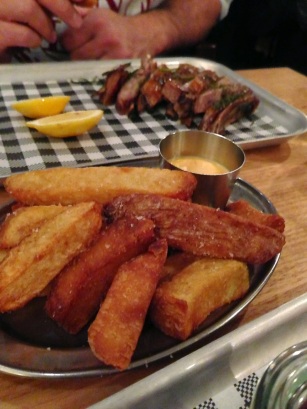 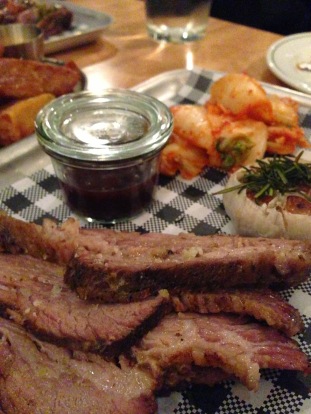 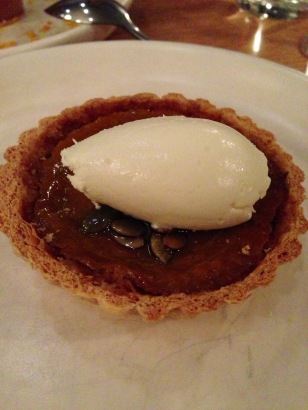 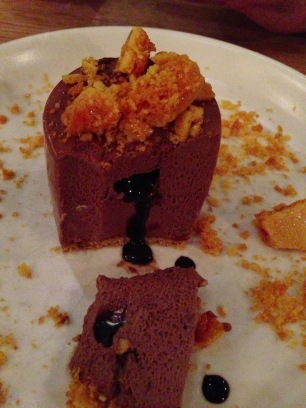 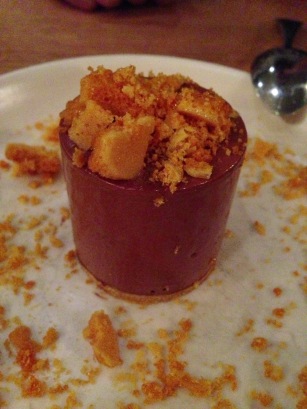