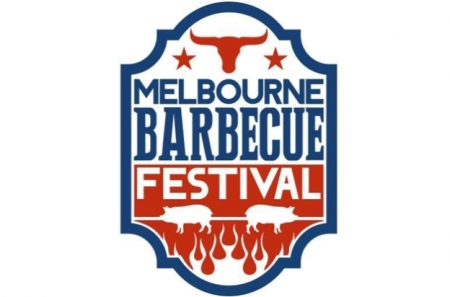 Since the Melbourne Barbeque Festival on Sunday I’ve been questioning whether or not I should write this post. For the most part, I don’t really like being overly negative about things on here. There have been restaurants/cafes/events that I’ve visited and haven’t liked at all, but unless I can find a small positive to come out of that experience and deliver a somewhat balanced post, I choose not to write about it. In this case I must admit I struggled to find a positive, and I’ve been a bit of a coward, waiting to see what others had to say about the event before I had my say, and to my surprise (or maybe I shouldn’t be surprised), the posts about this event have been few and far between, so I’m going to be a big girl and give you my thoughts.

For those of you that aren’t familiar with it, last Sunday ( 1 February 2015) was the inaugural Melbourne Barbeque Festival held at Queen Victoria Market. The idea of a southern American style barbeque festival right in the heart of Melbourne was naturally enough to send most of the foodies in this town into a spin. I mean who doesn’t love slow cooked ribs and beautifully tender brisket (unless you’re a vegetarian, sorry guys!)? The event was due to kick off at 10am, conclude at 10pm and included a BBQ cook off competition over lunch.

I had plans earlier in the day, so we made our way there at about 5.30pm for an early dinner and what we found really amazed me. At 5.30pm there were only a handful of stalls still open and the queues at these stall where out of control. We met friends there and at that point they had been in queue at one stall for over 45 minutes and still had another 10 minute wait ahead of them. It wasn’t even peak time when they joined and still the queue’s were out of control. I wondered around while they were stuck in queue and all  I saw at literally EVERY open stall were these huge queues that weren’t moving.

We queued for a total of two hours at two separate stalls, to receive what were two very average dishes. At that point we had enough, called a restaurant out in the burbs, booked a table and left.

Now fair is fair, I don’t want to pay out on the event organisers, because this was the first time they had run the festival here and chances are they didn’t know what to expect.  Although I have to say, as a foodie in Melbourne, I expected that this event would draw a huge crowd. Any food based festival in this city draws a crowd, it’s simple, Melbournians love food!

Admittedly, the nature of a BBQ festival is that most of the food is slow cooked, which may not necessarily be suited to a large crowd of people that are after heaps of food and quick service. Chances are that the stallholders never got a chance to recover after the lunch rush because the lunch rush never ended. In a perfect world they would have finished up after lunch and start cooking food for dinner, so that by the time the dinner crowds rocked up there was a second round of slow cooked amazingness ready for them, but unfortunately this never happened.

Part of this issue is that they weren’t prepared for the dinner crowds and the other part is that they didn’t have enough food to begin with. I really can’t even begin to tell you the number of stalls that had just about every item crossed off their menu because it had sold out earlier in the day. How on earth does a food festival run out of food with 5 more hours of the festival to run? Again, it goes down to being completely under prepared.

Usually when I write about an event like this, the whole point is to write about the food, but I’m not going to do that because nothing I ate really amazed me. It just felt like odds and ends that weren’t cooked all that well. Again, this isn’t me paying out on the stallholders, to be honest they all looked buggered by the time we got there. They were all working like crazy to meet the huge demand, the problem is that in their rush to keep up, the quality of their food suffered. As understandable as this is, from the point of a consumer, it’s really disappointing when you’ve waited in queue for over an hour and the food you receive (for which you paid a premium) is little more than mediocre.

Were my expectations too high? I guess they were. I was lucky enough to attend a BBQ festival at Madison Square Park (not the basketball stadium, the park) in New York a few years back and it was nothing short of amazing, so I guess I expected the same of this one, but unfortunately it didn’t live up to it. I actually think it’s biggest failing is that they tried to cover both lunch and dinner. The one we attended in New York was just a lunch event, so by 3pm all of the stallholders were packing up and I really think that’s what needed to happen here.

So my advice to the organisers? You’ve got two options, one is to run for the whole day but have a stack of separate stallholders open for lunch and then another group open for dinner that way both sets of crowds can be fed. The second option is as simple as just to opening for lunch, but really anything would be better than what we got on Sunday.

After this experience, chances are I’ll be some what reluctant to attend this even again and if I do decide to go again, I’ll have to find someone new to come with me as the husband flat out refuses to go back.

I’d love to hear your thoughts on the event. Am I being too critical?