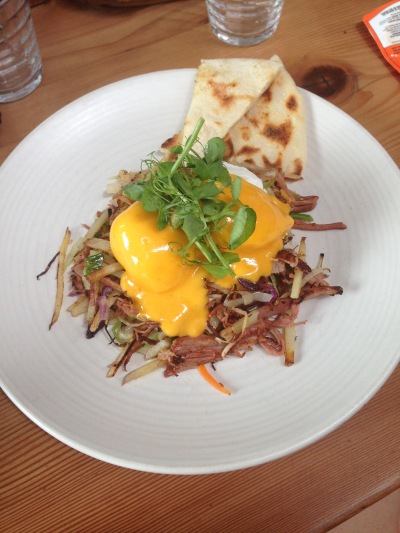 This week we visited the ever reliable and downright brilliant Auction Rooms. As the name states, it’s situated in what was once an action house, but has now been converted into a very industrial style café (right down to the light fittings made from conduit) and small batch roastery. In terms of the Melbourne brunch scene, the Auction Rooms is one of the elder statesmen, but let me assure you just because it’s been around for a while doesn’t mean it’s lost its touch, it’s still right at the top of its game.

The menu changes quite regularly, so although I’ve visited a few times, I can’t say that I’ve ever had the same dish twice. On this particular visit I have to say that I was really impressed with the menu, it took me ages to decide on what to eat because there were so many items on the menu that I wanted to order. In the end we decided on the French toast (Brulee French toast with crispy pancetta, poached rhubarb and glazed strawberries) and the corned beef (corned beef brisket & potato hash with shredded cabbage & leek, poached eggs and sriracha hollandaise).

In summary WOW! Both dishes were amazing! The French toast was one of the best I’ve had (it’s right up there with what Stagger Lee’s have on offer, read about it here), it was so incredibly sweet and moist. I don’t even know if moist is the right way to describe it, but it wasn’t dry like some french toasts can be, and to top it off, it had this lovely sugary crust on it that was just devine. But if you don’t have a sweet tooth, best you stay away from this one.

The corned beef is obviously a very different dish, but just as good. The mix of corned beef, potato, cabbage and leek was great. Then add a runny egg to it and we have perfection. I literally shovelled it into my mouth, it was just deelish.

The verdict? Obviously I loved it. If you haven’t been there, well, what are you waiting for? 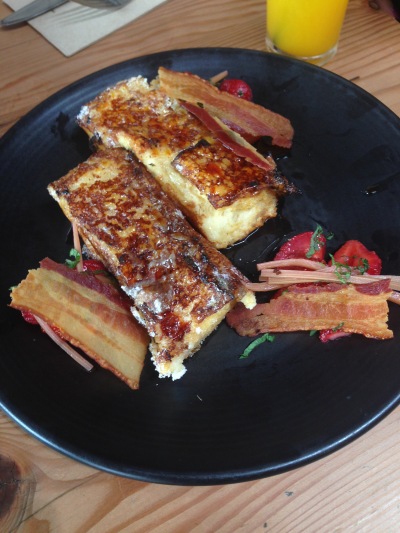 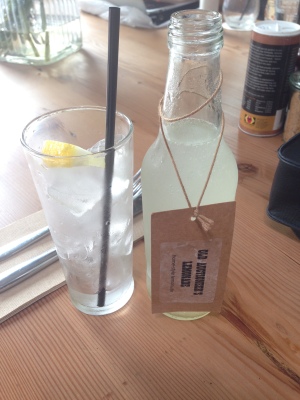 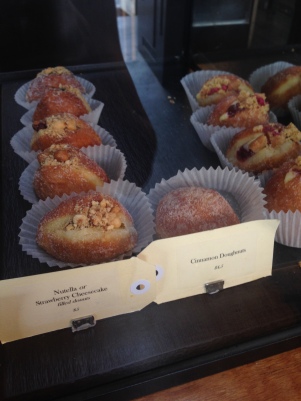 I’m a sucker for Gelato, so after Pidapipo was recently voted the best Gelato in Melbourne, I couldn’t wait to visit. We arrived on a warm afternoon, and to my surprise there were only a couple of people in there, so we walked right on in and got served straight away.

Upon entering the bright little shop, the first thing you’ll notice is the extensive list of Gelato flavours on the wall and all the lids of all the gelato tubs littering the bench so at you can’t actually see what’s in any of them. I hate the suspense! I like being able to see the goods before I order it, so I was going to ask to taste a few flavours, but at that point the queue was growing behind me and I didn’t want to hold it up. In the end I settled on the nutella swirl and salted caramel topped with hot nutella.

The salted caramel was good, full flavour, but not overly sickly as some can be.  The nutella swirl on the other hand was a bit of a let down. When I ordered it, I pictured a creamy nutella gelato swirled with a plain gelato, what I got was very different. It was a plain gelato, I’m talking plain plain, like basic vanilla and it had little flecks of nutella in it, that’s it! It should have been called vanilla with a hint of nutella, not a nutella swirl, that implies that the main element is nutella, which it isn’t.

All in all I was a bit disappointed. The salted caramel was good and my sister had the peanut butter which she said was great, but that nutella swirl was super disappointing. If you’re in the area, give it a crack, but just ask to taste the flavours first so that you know what you’re getting. 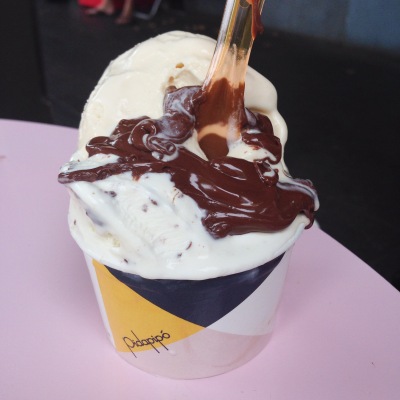