It’s not often that I travel out to the Eastern Suburbs, firstly because the vast majority of my family and friends live out west as I do  and secondly because it means I have to cross the city and really, on my days off work I don’t want to spend any more time in the car than what I absolutely have to. However, I’m very quickly changing my mind on the trip out east as I’ve now discovered a very alluring reason to visit and it came in the form of Scarvelli Café.

Located on busy Whitehorse Road in a very welcoming, rustic and  industrial space you’ll find Scarvelli Café. It’s literally bursting with character and looks like it would perfectly fit in areas like Fitzroy or Collingwood. I have to admit, I was really surprised to find a café of this nature out in the burbs, it is a complete contrast to the often drab cafés (I know, I know, a big generalisation, I’m not saying they’re all drab, just a big chunk of them) we have to contend with once you leave the inner city area. END_OF_DOCUMENT_TOKEN_TO_BE_REPLACED

Can you believe that we’re already half way through the year. It amazes me how quickly time passes, but on the upside it means that the coldest part of winter is upon us – NOT!! The only real positive about this time of year is that we get to wear great looking and super comfortable clothes.

Over the last few months I’ve blogged about knits, coats and capes, the only missing link is boots, so here they are ladies, go forth and buy new boots…

END_OF_DOCUMENT_TOKEN_TO_BE_REPLACED

One of the many notches on Neil Perry’s belt is the very popular Spice Temple, situated within the Crown Entertainment Complex. Renowned for it’s modern spin on Asian food and some seriously punchy dishes, Spice Temple offers a premium dinning experience matched only by some of the best restaurants in Melbourne (not that you’d expect any less from Perry).

I’ve been fortunate enough to visit on a couple of occasions, all of which were so good, I keep coming back for more. I recently visited with a group of girlfriends, looking to enjoy a few midweek drinks and some great food which is exactly what we got.

END_OF_DOCUMENT_TOKEN_TO_BE_REPLACED

The very nature of my job is one that requires me to regularly travel both within Australia and internationally. To be honest, this was initially what really drew me to the role. I love love love travelling (well really, who doesn’t?) and I’ve been incredibly fortunate to travel all over the world. To say I have the travel bug is definitely an understatement, so the idea of being able to see more of the world and have someone else pay for it, is my kinda awesome.

Generally speaking, I’m required to travel to Asia (mostly to Singapore) a couple of times a year and interstate (to either Adelaide, Canberra or Brisbane) every second month. It was great in the beginning, but after a while travelling to the same old places all the time starts to wear a bit thin (and really I don’t have to travel that much). To make matter worse, I was getting called to Singapore at the drop of a hat for fly in fly out meetings. I would literally spend more time in transit than I did on the floor.

As annoying and exhausting as it was, for the most part I accepted it as just being part of my job, and really there are other people that would kill for the opportunity to travel, so who am I to complain? That was until I had a child. Before children, it was relatively easy to reorganise my schedule (although I didn’t think it was easy at the time), so if I had to travel at short notice, I’d be annoyed, but I’d change a few things around and a couple of days later I was off. It’s just not that easy anymore. I can’t just up an leave, I have a fully dependant little person to think about.

END_OF_DOCUMENT_TOKEN_TO_BE_REPLACED 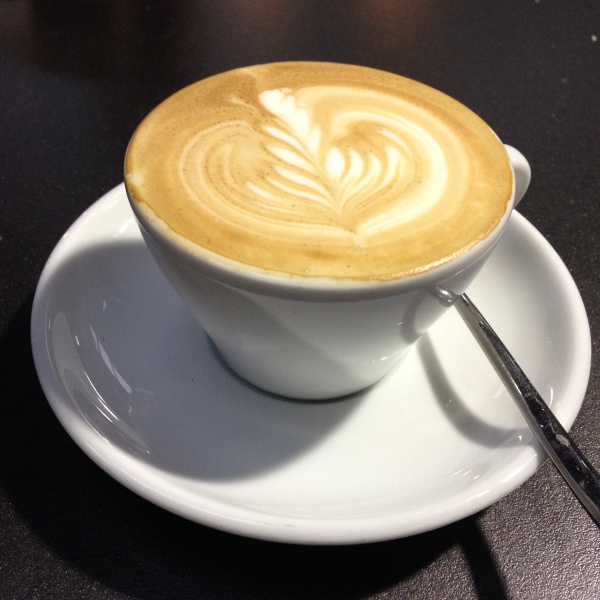 Woohoo, the Queen had another birthday and we all get a day off work, hats off to her! Everyone celebrates her majesty’s day differently but I, like a true Melbournian decided to celebrate with brunch, so we made our way to Code Black Coffee in Brunswick to enjoy great coffee and food on the Queen (well it’d be nice if she paid for brunch, but I guess we’ll have to settle for a free day off work).

Located in a HUGE warehouse with plenty ( and I really mean plenty) of space is this brilliant rostery and cafe. When we arrived, we were greeted by a massive queue of people at the counter patiently waiting to be served (to be expected on a public holiday) and to my disappointment I immediately thought we’d be waiting a while for a table. But that wasn’t the case, the queue moved at lightening speed and within a few minutes we were making our way through the café to a table.

END_OF_DOCUMENT_TOKEN_TO_BE_REPLACED

Winter 2015 is the season on the Cape. Every where I turn I see super stylish ladies with the most amazing capes draped over their shoulders.  I love the way they add a bit of class and sophistication to the most simple of outfits.

To say I’m jealous of these ladies would be a huge understatement, I absolutely love capes, but I’ve never felt that they suited me, or maybe it’s more that I just haven’t found the right one.

So in my quest to find the perfect Cape, i’ve come across these absolute beauties that I had to share with everyone.

END_OF_DOCUMENT_TOKEN_TO_BE_REPLACED 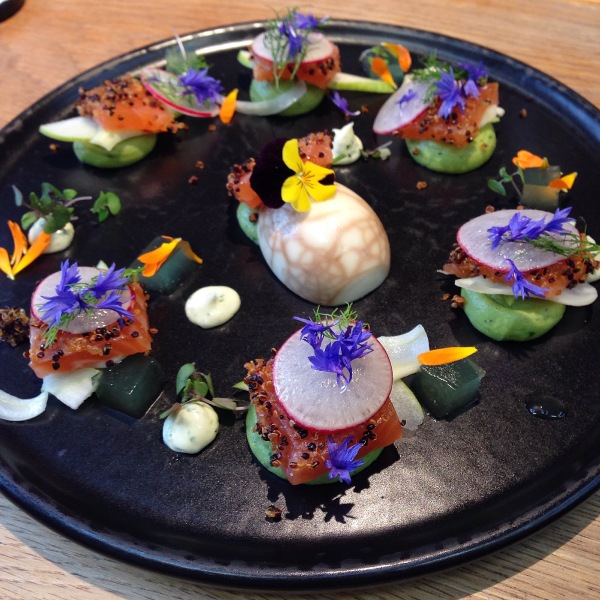 One of the coolest kids on the block has to be Industry Beans. Located in a very industrial space (think warehouse style with lots of recycled furnishings) on an inconspicuous Fitzroy back street, it’s packed full of dinners and coffee lovers every day of the week.

Recognised as one the best specialty coffee roasters in Melbourne, this place is naturally a popular spot for those looking to get a quality caffeine hit, but Industry Beans is much more than just a roaster, It’s also an amazing eatery. Offering a seriously impressive menu and when I say seriously impressive, I mean that it’s one of the best that I’ve come across (I’ve brunched all over this city and this place gives the best of them a run for their money). They have heaps of great dishes, both savoury and sweet, the classics and a few inventive ones, plus a couple of share plate options, tick, tick, tick!

END_OF_DOCUMENT_TOKEN_TO_BE_REPLACED

Lets be honest, offal isn’t really my thing. The very idea of it makes my stomach flip. So when I was invited to a Zomato (the new owners of Urbanspoon) dinner that was going to consist of offal based dishes, I honestly considered turning down the invitation. Fortunately for me I decided give it a crack and in the end I walked away with a whole new appreciation for all those forgotten (or some may say dreaded) off cuts.

With a very big focus on reducing food waste and removing the negative stigma around offal, the very talented team behind Luxembourg aim to show us that well cooked offal can be just as good as any other cut of meat. END_OF_DOCUMENT_TOKEN_TO_BE_REPLACED

It’s been a while since I’ve done anything career orientated, so I thought that I’d get my act together and give all those career women out there something they can use.

As the saying goes, it’s not about what you know, it’s all about who you know. So the question is, how do you meet those people that will help you get to where you want to be? We meet people via our work and schooling networks, and you can add to them via online platforms like LinkedIn, but personally, I’m a big believer in the benefit of networking events.

I try to attend a few different events a year. Some of a social nature and others come in the form of technical training. Given technical training is very specific to your line of work (I’m an accountant by trade, and let me tell you, no one wants to go to tax or accounting standards update unless they absolutely have to), so i’m going to focus on social and motivational events that anyone can attend.

END_OF_DOCUMENT_TOKEN_TO_BE_REPLACED

I’m almost embarrassed to admit that I only visited the highly popular 400 Gradi for the first time this week. Just about everyone, and I really mean everyone has been telling me to visit, but I keep on putting it off because it’s not often that I come across Italian food that I like.

I know what you’re thinking, how can you not like Italian food? It’s not that I don’t like it, actually it’s quite the opposite, I absolutely love it. Given I come from a very traditional Italian family, I’ve been spoilt with great food my entire life and I’ve come to expect a very high quality product. Therefore I really struggle to pay for food that is of a lesser standard than what I get from my Mum, Grandmother or Aunties.