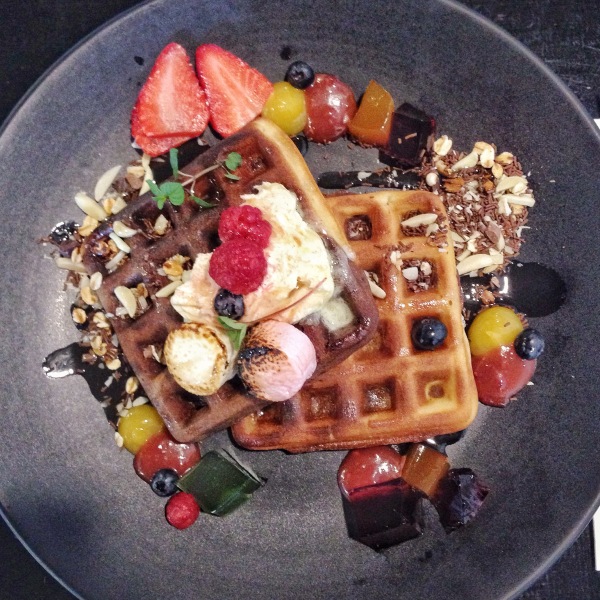 Given it’s close proximity to the city, Ascot Vale has the potential to be a real foodie haven, however to date it hasn’t quite hit the mark. There are a number of good cafes that line Union Road, however none of them are at the same level as others located in neighbouring Moonee Ponds and Essendon, that was until I came across The Reverend Café.

Occupying an incredibly large and spacious double shop front on busy Union Road, it’s hard to walk past and not be drawn into this cafe. It may be the very ‘Melbourne’ fit out (old shop front, worn timber floor boards, retro furniture, hanging pendant lights ect ect)  or the alluring smell of coffee, but this place seems to be a real hit with the locals.

Offering an extensive menu that covers all of our favourites, lots of brunch staples and then some. There were so many dishes that I wanted to try, but in the end I couldn’t go past the waffles special – Rocky Road Waffles (chocolate and vanilla waffles, fresh berries, raspberry curd, lemon curd, fruit jelly, toasted marshmallow, choc crumble and maple syrup)  and my sister opted for the corn and zucchini cakes (with avocado salsa, bacon and a capsicum/cashew pesto).

Presented beautifully, the two large homemade waffles were crispy and soft all at the same time and once I cut into them also revealed the lovely chocolate and vanilla marbled batter. Even before I tried any of the other elements, I was completely won over by the waffles, they were so good, I could have eaten them all on their own with nothing else. Conceptually, the idea of creating additional layers of flavour by adding various cubes of different flavoured jelly sounds great, but in reality it didn’t come together all that well. I don’t think the jelly added any value to the dish (particularly the green flavour, ugh!), if anything they could have done away with it and added the required depth via the addition of more fresh berries (which were quite sparse).

The fitters had a lovely crisp shell and were cram packed with corn, however my sister felt they were missing something but she couldn’t quite put her finger on it. Having said that the avocado and pesto were both great and compensated for the shortfall in the fritters. 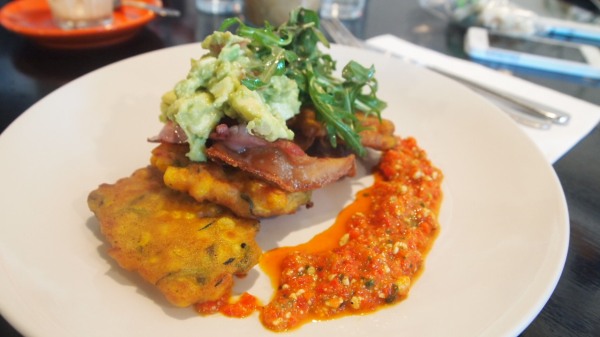 All in all the Reverend Café looks great and has the real potential to fill a serious gap in the market around the Ascot Vale area. 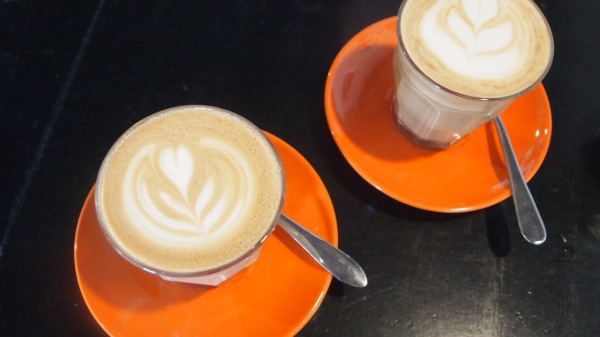 One thought on “Food – The Reverend Cafe”