Hochi Mama is the first foray into food for owners Thai Ho, Raymond Phan and Midawell Phal, but based on the quality of food on offer, you’d easily be fooled into thinking they’d been doing it for years. Offering contemporary Asian cuisine in a really relaxed urban setting, this new comer definitely holds its own against some stiff competition.

The restaurant itself has a chilled upmarket bar vibe, which reflects the owners background in running nightclubs. With live rnb playing and great emphasis being placed on their impressive cocktail menu, this place is bound to attract Melbournians looking for a night out with friends. 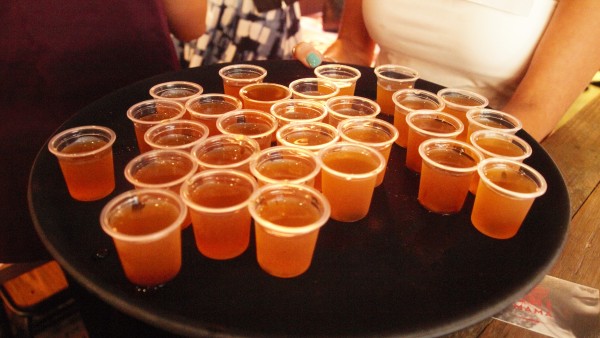 Located on Liverpool Street, the fit out is quite understated with the exception of some really eye catching graffiti art work adorning an entire wall. 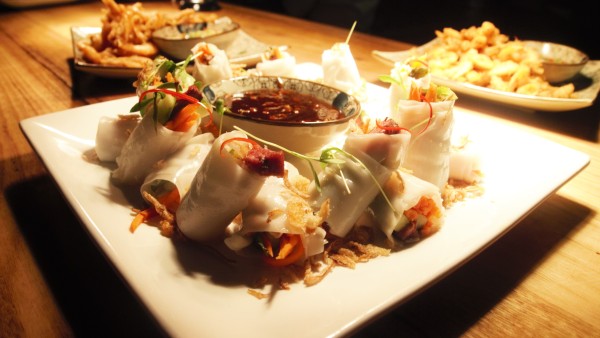 I was lucky enough to sample a number of items from their maiden menu, which was really impressive, I can’t say that there was one dish that I didn’t like. Heavily inspired by traditional Vietnamese cuisine they offer classic dishes with a spin, like their signature Pho’phlings which are delicate little pho broth dumplings filled with braised ox tail and pork mince. They tasted just as good as they sound!

Another highlight was the succulent fried chicken which was coated in an incredibly tasty sticky garlic and fish sauce marinade. Then there was the fried cauliflower salad which was down right delicious and that coming from someone that isn’t really a big fan of the cruciferous veg. Oh, and of course the crispy fried tofu and the  Nem Nuong which just like the other dishes, were simple, but really impressive.

All in all I really liked Hochi Mama, and I highly suggest you get in and check it out now before everyone else in town catches on to how good it is.

I was invited as a guest of Hochi Mama, however all opinions are very much my own.