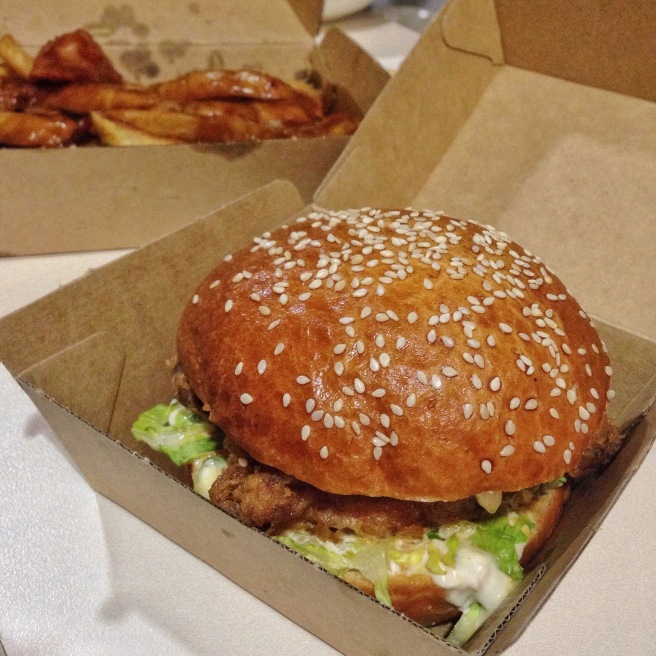 Mr Scruff’s plays in the very competitive Collingwood/Fitzroy burger space and based on what I’ve been told it holds its own against the big boys. Offering what can best be described as an American style menu with a twist (edamame are listed on the menu right next to the beef burger),  they have a stack of really appealing meal options that are naturally rich and packed with flavour.

The menu doesn’t look all that big, but looks are definitely deceiving. Just about everything on it looks delicious and if I were eating with my eyes i’d pack on 10kgs in an instant. I’m talking salt and vinegar onion rings, mac & cheese croquettes, fried chicken, smoked beef short ribs, nachos, burgers and the list goes on. Needless to say it took us ages to decide what to eat, but with so many great options, we knew we were in for a good feed.

The Crispy Chicken Burger ( with pickled ginger kewpie mayo, cos & BBQ sauce) almost had a KFC flavour to it, just ten times better thanks to that delicious mayo. The chicken was crispy and really juicy, and once paired with the sweet mayo made for a winning combination. 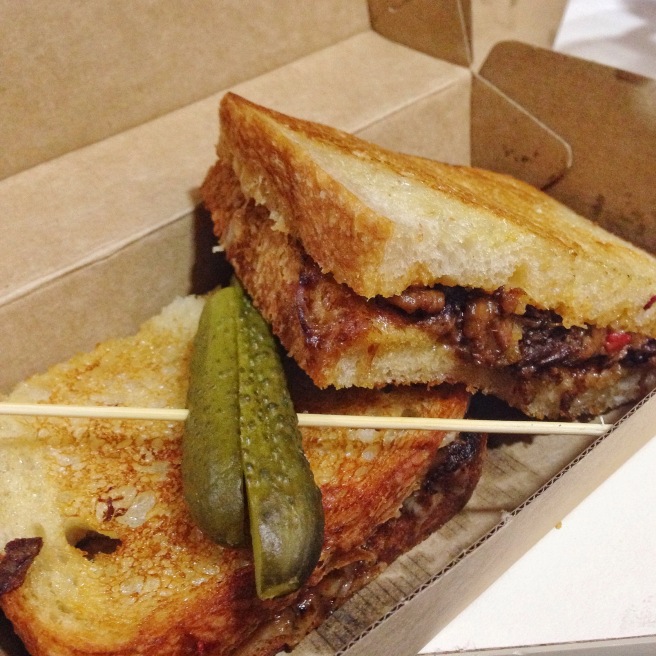 The Philly Steak Sandwich (with smoked brisket, caramelised onions, peppers & provolone cheese) didn’t look all that big, but it was really filling. The brisket was good, although a bit on the dry side, so it may have helped to have a bit of sauce or something else in the sandwich to balance it out.

The Poutin Chips (with cheese, bacon and gravy) were covered in lashings of gravy, loads of melted cheese and a scattering of bacon, it didn’t look pretty, but damn was it tasty. They were really rich, but I couldn’t stop eating them despite how full I was. I could visit regularly just to down a serve of these chips.

The Salt and Vinegar Onion Rings (with Scruff’s special sauce) on the other hand were a bit of a let down. They were very greasy and missing the crispiness that we’ve come to expect from onion rings. I also didn’t find them to have much of a salt and vinegar flavour.

Although our experience was bit mixed, the good parts were really good and definitely worth a second visit.