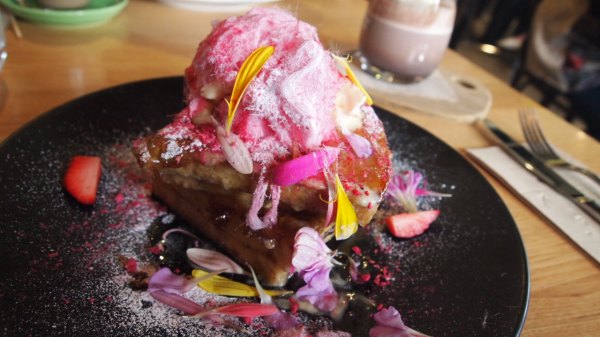 Most people in the north western suburbs of Melbourne would know of the Brickmakers Arms, a historic pub in Essendon that was demolished to make way for apartments. Once demolished the empty façade stood  behind temporary fencing for years on end awaiting the commencement of construction. Eventually the apartments were built and a new restaurant aptly named the Brickmakers Arms opened on the ground floor. Despite some initial success, the restaurant closed its doors late last year after newly imposed council parking restrictions brought the business to its knees. Fast forward to February 2016 and the smart thinking owners put it all on the line to relaunch the space as a modern café named Ten One Ate.

The space has been redecorated, most notably with the addition of AstroTurf feature walls, to create a much more relaxed café environment and an inventive menu has been launched to attract the brunch/lunch crowds. In creating the menu they have very strategically added a few ‘fad’ items like the ever popular freak shakes as well as some very photogenic sweet dishes that are guaranteed to have instagrammers coming in their droves. If this is the key to success, the smart owners have definitely unlocked the secret. The once empty restaurant now has queues of people waiting for tables, be it locals who have been starved of great quality cafes (although there are number of great cafes on this side of town, its nothing in comparison to what’s available in the east) or foodies looking to discover the next big thing.

We visited on a Saturday morning with the kiddies and despite being quite busy, the owners were incredibly accommodating, moving a few things around to give us extra space for the baby capsule. Once seated, I got a chance to observe the kitchen and the great looking food that was flying out of there, most notably their signature Nutella French toast (Nutella stuffed, topped with the mascarpone, fresh strawberries, pure organic maple and raspberry dust), of which there seemed to be at least one serve on every table. Naturally I ordered them to see if they live up to the hype and for the most part I found them to be quite enjoyable, but they were by no means perfect. The toast itself was dry and dense making it difficult to swallow, however once paired with mascarpone it was much more palatable and the fairy floss was also a nice addition. If anything the addition of more maple syrup could help to reduce the dryness of the toast and significantly improve the dish. All in all it wasn’t bad, it just requires some refinement. 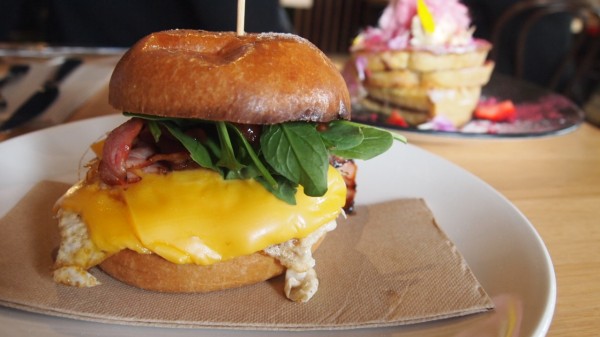 Another menu item that was regularly being churned out of the kitchen was the breakfast burger (bacon, egg, cheese, heirloom tomato relish, baby spinach, and hollandaise on a brioche bun), and upon tasting it I can see why it’s so popular. The soft brioche bun was loaded with really flavoursome quality organic ingredients and when I say loaded I mean two eggs, a stack of bacon and a good amount of both chutney and hollandaise. They definitely didn’t skimp on this burger and it is reflected in the final product. 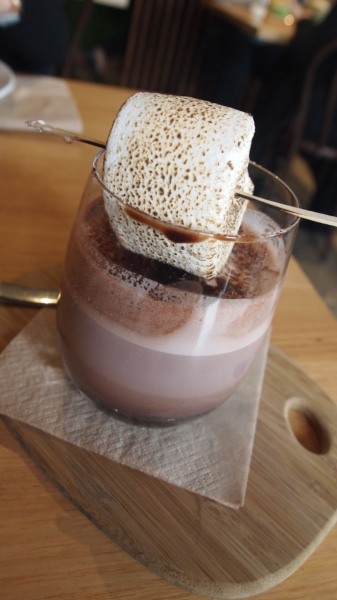 To round out their menu they also offer a large and diverse range of drink options. For me the stand out is their range of three hot chocolates – milk chocolate, white chocolate and matcha. Each are presented beautifully in large glasses and topped with a super sized toasted marshmallow. I opted for the milk chocolate which was lovely. It was full flavoured and rich but not overbearing. The marshmallow looked great on the glass but it was quite large and didn’t melt into the mixture, which was unfortunate because it would have finished off the drink nicely.