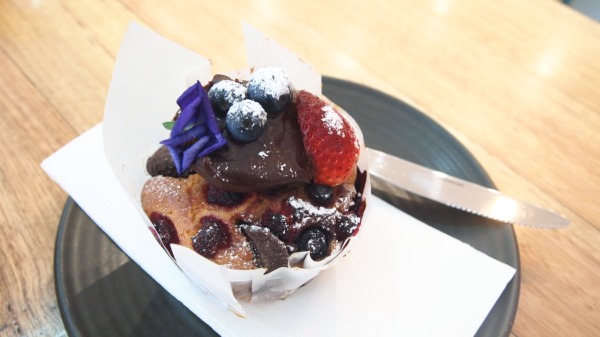 Since opening just over a year ago, North and Eight has become a bit of a staple of the inner west food scene. It’s not uncommon to see it packed full of dinners most days of the week and queues on weekends. Having visited a couple of times over the last year, I’ve seen it go from strength to strength and can understand its significant growth in popularity.

In an suburb where the median house price is well out of reach for most people, it amazes me that there isn’t an abundance of great brunch spots, particularly given its inhabitants hunger for it. North and Eight have filled that gap and are absolutely capitalising on the fact that no one else is around to compete with them.

The space itself is fresh and bright. The white painted brick walls are adorned by little more than a couple of exposed copper pipes and the pastel blue chairs provide the only pop of colour.

The service is always friendly, quick and accommodating, especially when travelling with children. The staff always make a point of playing with and fussing over my son, which he loves and makes our visit that bit more enjoyable. 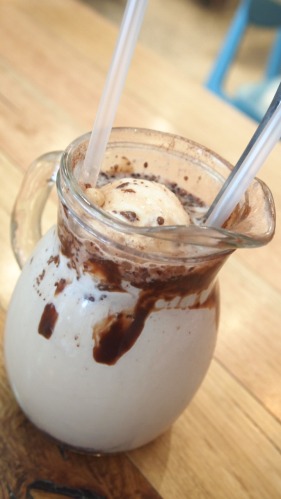 With Proud Mary beans on the brew, coffee lovers are now able to get a quality caffeine hit without travelling far from home. For those that aren’t really into coffee they’ve got you covered too, with a range of fancy shakes be it Snickers or Malteaser inspired.

Their all important food offering is creative and simple all at the same time. Covering everything from fancy sweet dishes like a lemon meringue French toast, to a variety of burgers including the Vietnamese sticky pork belly burger. 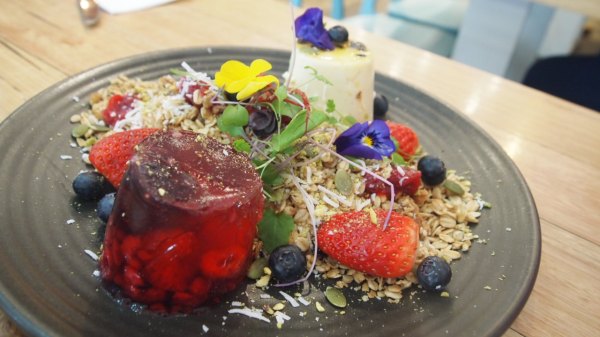 We opted for one of their signature dish, the buttermilk rhubarb pannacotta and maple nut granola with yogurt, flowers and a mixed berry terrine. We’ve long known that granola and yogurt are the perfect match but the addition of the sweet and fresh berry terrine was genius. Mash it up, mix it all together and you get an explosion of flavour and texture with every mouthful. The pannacotta was smooth and creamy but lacked flavour and seemed a bit lost in this dish.

The B&E McNorth is their take on a standard bacon and egg roll.  It wasn’t the most generous or attractive dish but good all the same. A small amount of bacon, one egg, aioli and a hash brown (that was more like a mashed potato croquette) were stacked on a sweet brioche bun. It was a little difficult to eat because of its size, but had they changed the hash brown to a crispier version it would have elevated this from an ok dish to a great one.