If I’m being really honest, it’s been a long time since I’ve had good Mexican food. I’m impartial to the odd fajita or taco but unfortunately I’ve always found it to be a bit hit or miss. Queen of the South however has reignited my love affair with Mexican. Recently opening its doors to dinners in Prahran, yes it’s Mexican, but not in the traditional sense. There isn’t an enchilada or burrito in sight. Instead you’ll find an array of modern flavour packed dishes, that cleverly combine traditional ingredients to create food that challenges our long-held views of what Mexican is.

On this particular visit we were lucky enough to sample a good cross section of their menu and pair it up with a few seriously punchy cocktails. Our night kicked off with Vasuto De Elotes or street corn cups. They didn’t look like much but man were they tasty. Tender sweetcorn kernels had been removed from the cob and mixed with chipotle mayo and queso fresco. Silence fell over our table as we shovelled spoonfuls of corn into our mouths savouring each and every delicious kernel.

Then came the Nopales Tostadita which was a crispy tortilla disk topped with a pickled cactus salad. I was quite intrigued by the cactus element as it’s definitely not something I’ve ever eaten before but it was quite pleasant to eat, kind of resembling capsicum. Having said that, this dish had some serious heat to it, and being the lightweight that I am, I struggled to eat more than half before the fire in my mouth became unbearable. This is definitely one for the chilli lovers.

Next up was the Oceano Trucha (Tromba blanco and ancho cured ocean trout with corn puree, avocado creama and soused fennel), followed by the Chuleta De Cordero (lamb cutlets, pasilla glaze and sweet corn with a spring onion and radish salsa). The cured trout was good, but it was completely overshadowed by the cutlets. That glaze was off the charts. I don’t know what was in it but I want it rubbed all over every piece of meat I ever eat, that’s how good it was. It was finger licking good – no, really I licked my fingers clean. Pair it up with the sweetcorn purée and I got my contender for dish of the night.

By this stage we were getting quite full but the food had been so impressive, we couldn’t wait to sample the next dish. Enter the Pollo Pibil. A modern take on chicken fajitas.  Perfectly cooked Achiote marinated chicken legs were delivered with a side of pineapple and lime salsa, as well as a micro slaw and a few warm tortillas giving us the opportunity to assemble them to our liking. The succulent chicken was packed full of flavour and could have been eaten on its own without the accompaniments. However pairing it with a bit of salsa and slaw took it to another level, further enhancing the flavours of the chicken.

I really can’t put enough emphasis on how good this food was. Forget all of your preconceived ideas of what Mexican is and give this place a go, I promise it’ll rock your world.

I was invited as a guest of Queen of the South and Zilla & Brook PR however all opinions are strictly my own. 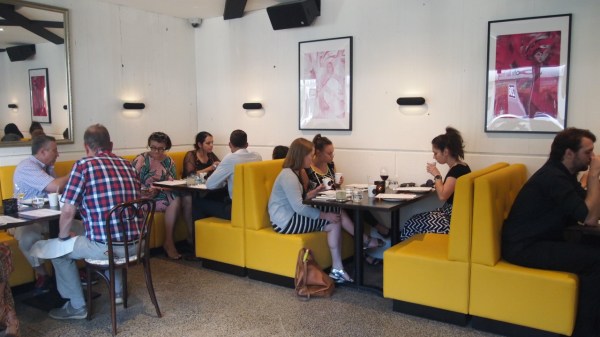